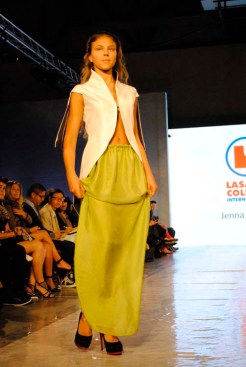 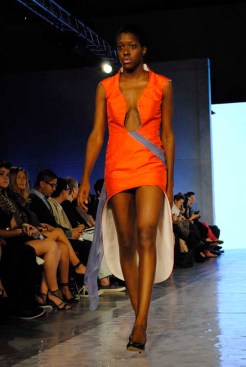 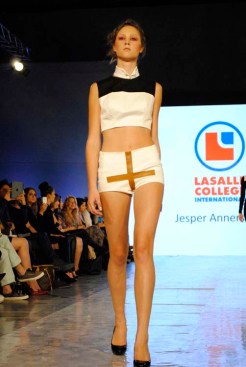 LaSalle College is a post-secondary institution with an international presence, having eighteen campuses in such countries as Morocco, Algeria, and Indonesia.  They offer programs in various design arenas, including fashion, jewellery, graphic design and interior design.  Vancouver Fashion Week was an opportunity for four of the top fashion design students chosen from the LaSalle network to unveil their creations to the public: Carolina Rojas, eeS. Jay, Jenna Cotton, and Jesper Annerstedt.  They had a large LaSalle team in the front row cheering them on.  Congratulations to them all and best wishes for their burgeoning careers! 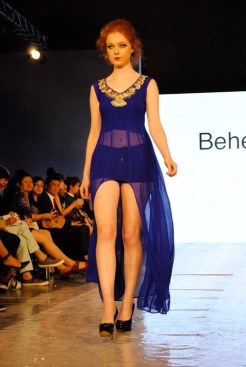 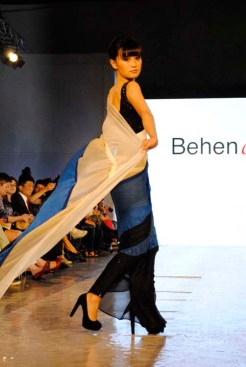 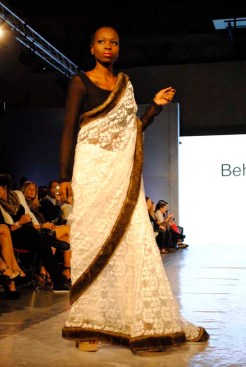 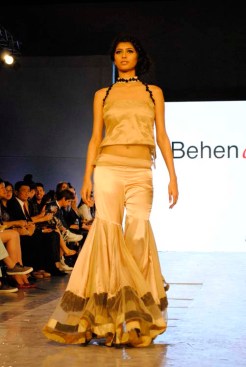 Behene’s take on modern Indian fashion really struck a chord with what I personally adore (so obviously I’m biased here). The use of pale gold on a black lace dress was stunning, as well as golden embroidery on cream harem pants. I feel that the collection could have been lightened up without the fur trim, seeing as it is a spring/summer collection. But overall, the collection showed a unique perspective, modernizing what we would normally expect from images of Bollywood, wedding saris, and the more casual salwars. 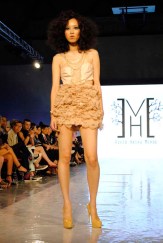 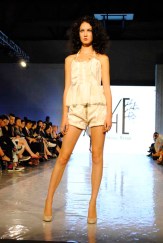 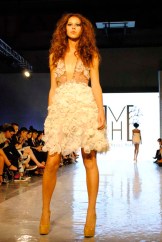 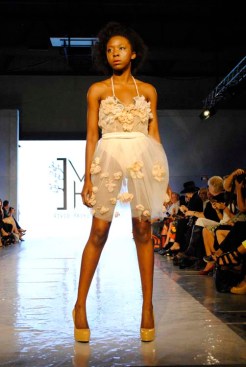 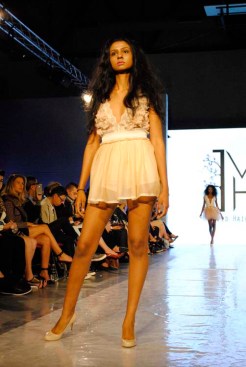 Yahwea Meroe released a line of what looks to be babydoll inspired dresses. Two words that capture her style are: organic and romantic. Pale pink rose petals flow with movement on three dresses’ skirts, while petal-like ruffles decorate the bodices of nearly every other dress. Because the dresses aren’t exactly a bridal white, Vivid Haiku Meroe would be a perfect choice for attending weddings or tea parties. 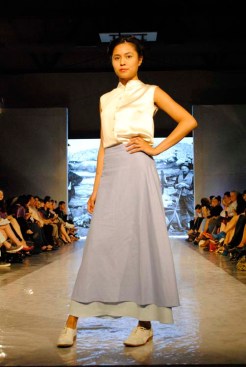 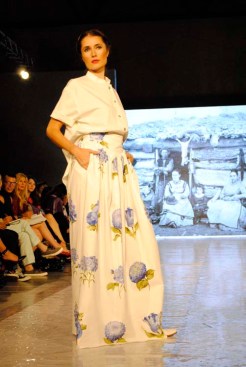 The show started off with a bang! Well, visually, but silently. Model Rachel Sargeant opened The Unified Theory show with a rifle in tow, completing the “minimalist and honest” prairie girl look as described by designer Sara Bayley. And I agree that her collection is pared-down minimalism, but as a whole, is very much cohesive while telling a strong story. I imagine the story of a girl who may look like she leads a simple lifestyle, but she definitely has some serious skills up her sleeve.