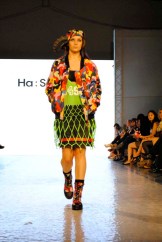 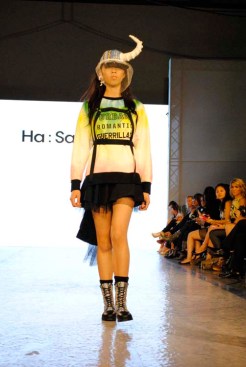 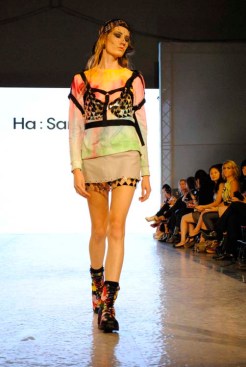 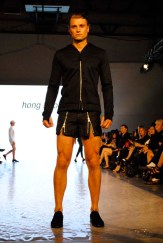 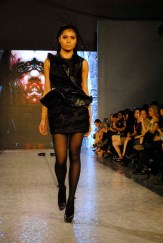 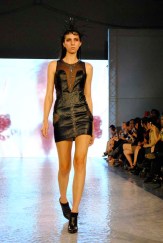 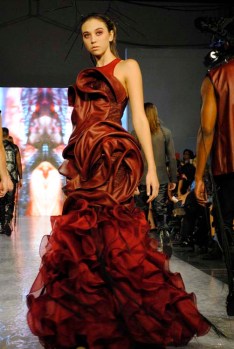 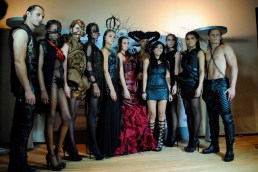 The final day of VFW saw an eclectic mix of international award winning designers, from funky fun to mature elegance.  The designer to end the week was Filipino designer Kaye Morales.  A graduate of Manila’s School of Fashion and the Arts with a background in production and interior design, Morales’ collection for Spring/Summer 2014, called “Debauchery,” was decidedly dark and gothic.  The first model down the runway was carrying a bloodied skull; subsequent models wore symbolic crowns of thorns and fetish-inspired spiky headpieces.  The colour scheme was solidly based in black, blood red, and gold.  A dramatic ending to an amazing week of fashion.

Style by Fire had a fabulous time meeting new designers, bloggers, editors and fans throughout the week, as well as catching up with old friends.  Our passion for fashion was re-ignited by the spectrum of creativity shown and can’t wait for the next week of mayhem to commence again in six months’ time!

Photos and Words by Aurora Chan